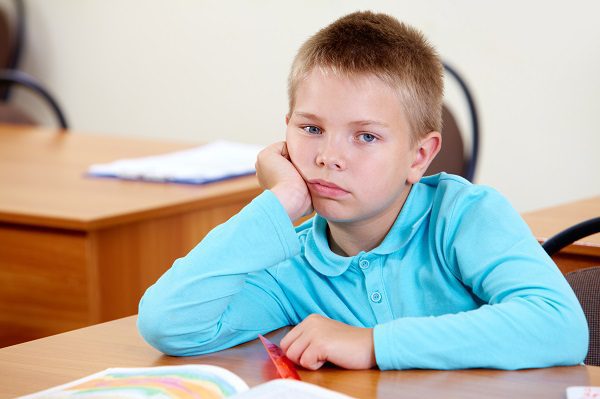 Your children’s bedtime was always your favourite time of day—that’s when you read with them from their favourite books.  But there’s something different with your youngest, a five-year old.  He mispronounces common words, can’t remember nursery rhymes like “Jack and Jill,” and still can’t say his ABCs.

At first, you assumed he just learned more slowly than other kids, but he excels at solving puzzles and quickly grasps stories when you read them to him.

Then you assumed that the problem would simply work itself out—but it hasn’t.

Dyslexia is not simply a problem with reading and writing, and it’s not a sign of low intelligence, neurological damage or an overall defect in language.

Dyslexia is a learning disability (the most common) which results from a localized weakness within the phonological module of the brain—the part of the brain, in other words, where the sounds of language are put together to form words, and where words are broken down into sounds.

That weakness makes it difficult for ‘dyslexics’ to process linguistic and symbolic codes, like the letters of the alphabet.

“Dyslexia is a specific learning disability that is neurobiological in origin. It is characterized by difficulties with accurate and/or fluent word recognition and by poor spelling and decoding abilities. These difficulties typically result from a deficit in the phonological component of language that is often unexpected in relation to other cognitive abilities and the provision of effective classroom instruction. Secondary consequences may include problems in reading comprehension and reduced reading experience that can impede growth of vocabulary and background knowledge.”

What Are Some Key Facts about Dyslexia?

Even though about 10% of the population has mild to severe dyslexia, most people don’t know much about it, and myths abound.

In fact, in Australia, the term ‘dyslexia’ is not used as widely as it is overseas. Here, we usually refer to the symptoms that are often associated with dyslexia as ‘Specific Learning Difficulties’.

Here are some important facts about dyslexia you might not have known:

If your child is dyslexics, you might find that he or she has other strengths.

Children who are dyslexic often excel at solving puzzles, have a better than average sense of spatial relationships, are strong in the areas of conceptualization, reasoning, imagination and abstraction, and typically have a large spoken vocabulary for their age.

How to Know If Your Child Has Dyslexia

Dyslexia manifests itself in different ways depending on the learning challenges associated with developmental stages.  For example:

In general, however, there are symptoms of dyslexia that are not age-specific.

For example, people who are dyslexic often:

What Should — Do If You Suspect Your Child Is Dyslexic?

Although there is no “cure” for dyslexia, it’s important to identify it as early as possible so that trained professionals can give your child the tools he or she needs to manage the challenge of school and find ways to compensate for his or her learning disability.

Your first step should be to take your child to his paediatrician, who can rule out physical issues, such as vision problem.  Your paediatrician may refer you to a trained speech therapist, educational psychologist or learning specialist who can evaluate your child and give him or her the tools he or she needs to succeed in school – and in life.

For more advice about dyslexia, or to find an effective evaluation and treatment for your child’s literacy difficulties, contact us today.

Concerned about your child’s reading and writing?

Kids First’s speech pathologists are trained in the area of literacy support and can create a tailored program for your child.

Our Educational and Developmental Psychologists also offer assessments that, in combination with an evaluation of your child’s literacy skills, can identify Specific Learning Difficulties.

Contact us on 9938 5419 to chat about your child’s learning and support needs.

← Meltdowns: Why kids have tantrums and how to manage them
Proprioception: The ‘sixth sense’ that could be affecting your child’s behaviour →