Preview(opens in a new tab) 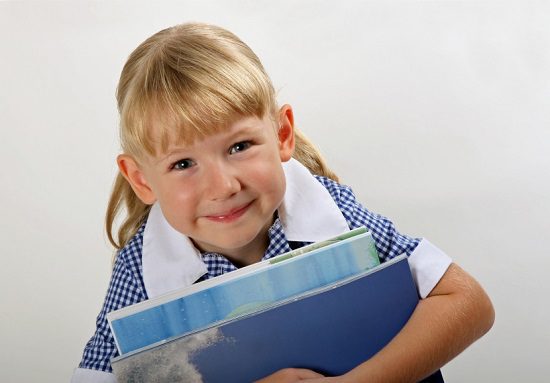 One of the trickiest thing about starting school in Australia is that every state seems to do it differently!

Instead of all children starting school when they are of a similar age, each state has its own set of rules about the age at which children can start school.

And to make starting school cut-off ages even more difficult to navigate:

In all Australian states, however, kids need to be enrolled in a school in the year they turn 6.

Confused? We don’t blame you!

To make it easier for you, we’ve developed this summary, so that wherever you live in Australia, you know the cut-off dates for schools in your state.

At the end of this summary, you’ll also find information about other schooling options for Australian children.

Cut off dates for children starting school in Australia

The first year of school in NSW is called Kindergarten – or more colloquially, ‘Kindy’.

NSW kids are allowed to start school on the first day of first term as long as they turn 5 by July 31 that year.

All NSW children must be enrolled in a primary school in the year they turn 6.

The first year of school in Victoria is called Prep – which is short for ‘preparatory year’.

Victorian children are allowed to start school on the first day of first term as long as they turn 5 by April 30 that year.

If you live in Victoria, your child must be enrolled in a school in the year they turn 6, which is the compulsory school-starting age.

The first year of formal schooling in Queensland is called Prep.

To enroll in Prep, Queensland children must turn 5 by the 30th of June in the year they are enrolled.

In Queensland, it is not compulsory for your child to attend the Prep year as soon as they are old enough.

You can delay your child’s entry by one year if you feel your son or daughter is not ready.

If you do decide to delay your child’s start until the year they turn 6, your son or daughter will still go into a Prep class in their first year of school.

In WA, the first year of compulsory schooling is called Pre-primary.

To enroll in Pre-primary, your child must turn five by June 30 that year.

In WA, your child can also be enrolled part-time in a preliminary year called ‘Kindergarten’, which is available, but not compulsory, for four year olds.

To be eligible to enroll in a Kindergarten class, WA kids must turn four before 30 June that year.

The first year of schooling in South Australia is called Reception.

South Australian children can enroll at school from first term as long as they turn five by April 30 that year.

In Tasmania, the first year of formal schooling is called Prep.

To enroll in a Prep class, children must have already turned five by January 1 of the school year.

In Tasmania, a preliminary program called Kindergarten is also available for four year olds in the year before formal schooling begins.

A minimum age of 4 years 0 months on or by 1 January in the year of admission applies to all children wishing to enroll in a Kindergarten class.

In the ACT, the first year of schooling is called Kindergarten.

Your child can start Kindergarten if they turn five by April 30 that year.

In the Northern Territory, the first year of formal school is called Transition.

As long as your child turns five by June 30 of that year, he or she may be enrolled in a Transition class.

Other options for starting school

Most states have special programs that cater for children who are starting school and have additional learning and developmental needs.

This might be relevant if your child is Gifted, or of your child has medical, developmental or other needs that could affect their participation at school.

Contact the Department of Education in your state for specific information about the procedures that apply to your family.

Home schooling is legal in Australia and is an educational option that an increasing number of Australian families are choosing for their children.

Home schooling regulations are strict and if you are thinking about home schooling your children, it is important to be aware of the state laws that you will need to comply with if you intend to assume primary responsibility for their child’s education.

Check with your local Department of Education for home schooling registration procedures.

Ready Set School is an affordable, high value program and is extremely popular.

It gives parents and teachers vital information and provide children with the chance to start school with confidence.

Find out more about Ready Set School when you click on the image below, or call Kids First Children’s Services on (02) 9938 5419