To discover two powerful reasons for the meltdowns that your children often have and grab a helpful free e-book full of tantrum-busting tactics, read on here…. 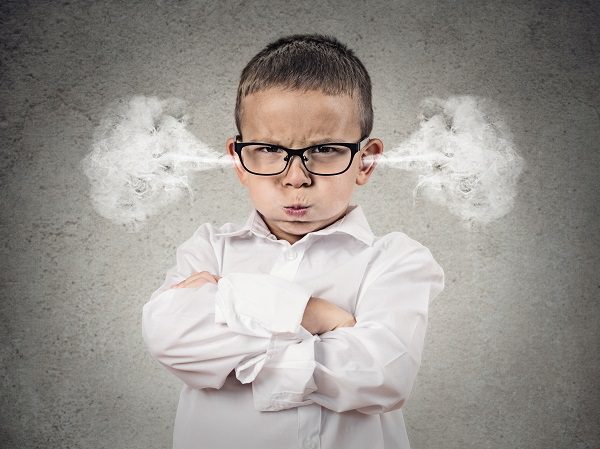 If you’re a parent (and I’m one too) you’ve possibly seen them a hundred times.

You’ve listened to your 3 year old scream for half an hour because it is time to turn the TV off.

You’ve managed the 4 year old who lies crying on the floor of the supermarket because you refused to buy them a chocolate bar.

You’ve been yelled at by the 13 year old who tells you they hate you and then storms of to their bedroom and slams the door.

We all lose our tempers sometimes, but why do some children find it so hard to control their feelings?

Why do some kids have more meltdowns than others?

There are many ‘triggers’ for a tantrum, but your child’s ability to calm down and see reason might be affected by two things.

1. Whether they have been taught how to manage their emotions and have the tools to deal with feelings like frustration, disappointment, sadness and fear.

2. Whether having a tantrum has been a tactic they’ve successfully used in the past and they have therefore learned that having a meltdown is a great way to get what they want quickly. 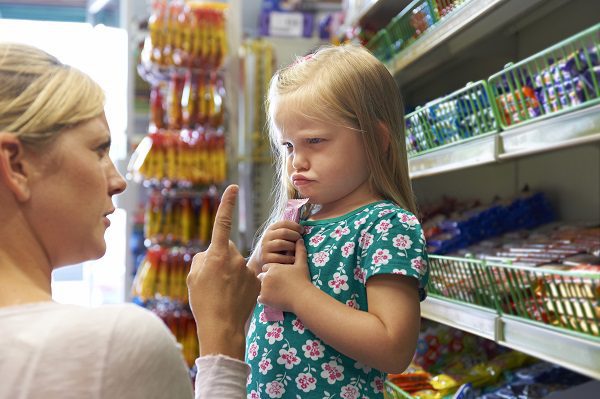 Tantrums and Meltdowns – A sign that your child needs help

When kids are very young, they often don’t understand – or yet have the words to describe – their feelings.

They may not have the ability to say…

‘Please don’t turn Peppa Pig off, Mummy. I love this show and I get frustrated when you don’t give me any warning that I need to stop watching.’

‘We’ve been at the shopping centre for two hours, Daddy, and I’m feeling tired and hungry. I can’t keep up with you and it’s all getting too much for me.’

For many children, having a meltdown is a way to let someone else manage their stress or worry.

This might be because they’re not old enough to understand the difficult situation they’ve found themselves in and the reaction they are having to it.

Or, it might be because they’ve not yet learned the problem-solving skills they need to deal with things they find difficult or frightening.

Tantrums and Meltdowns: Happen when it all gets too much

When your child lets loose at home, in the playground or at the shopping centre, their behaviour may be a sign that they need help to deal with the emotions they’re feeling.

It’s important to remember though, that the middle of the meltdown is probably NOT the best time for a ‘teaching moment’ between you and your child.

No matter how much you talk, no matter how logical your argument… if your child’s emotions have hit the high mark, there aren’t many words that will make it all go away.

If your child is confronted with a situation that they haven’t yet learned to manage, it’s quite natural (and sometimes developmentally expected) for them to respond with a ‘fight or flight’ reaction.

It’s almost like a survival response to a situation they can’t get out of.

If they can’t flee the supermarket or you’re forcing the issue with leaving the park when they don’t want to go, their response is to fight.

A meltdown may be the only thing they know how to do to express how they feel and to try to influence you into noticing. 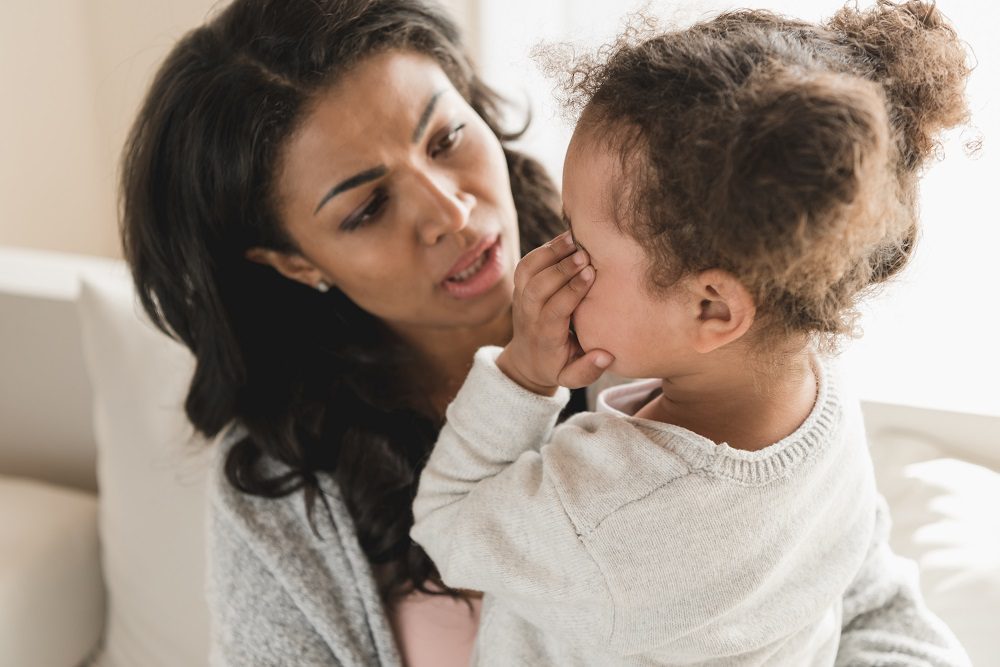 Tantrums and Meltdowns – A power play

But what about kids who do have the language and emotional regulation skills to express their feelings, but simply choose not to use them?

If this sounds like your children, maybe they have learned over time that a tantrum or meltdown is a quick and effective way of getting what they want.

And how will your kids have worked this out?

Well, perhaps it’s because this tactic has proved to be a winner with you and the other adults they deal with each day.

When your kids are in a stressful situation, have a tantrum and you give in to them, they learn that that’s as far as they need to go.

The tantrum becomes a power play because how it escalates or gets resolved doesn’t depend on them, it depends on you.

Do you shout? Threaten? Remove a privilege? Restrain or even spank your children?

Or do you simply give in?

Either way, you’re solving the problem for your children… and they learn that throwing a tantrum works. 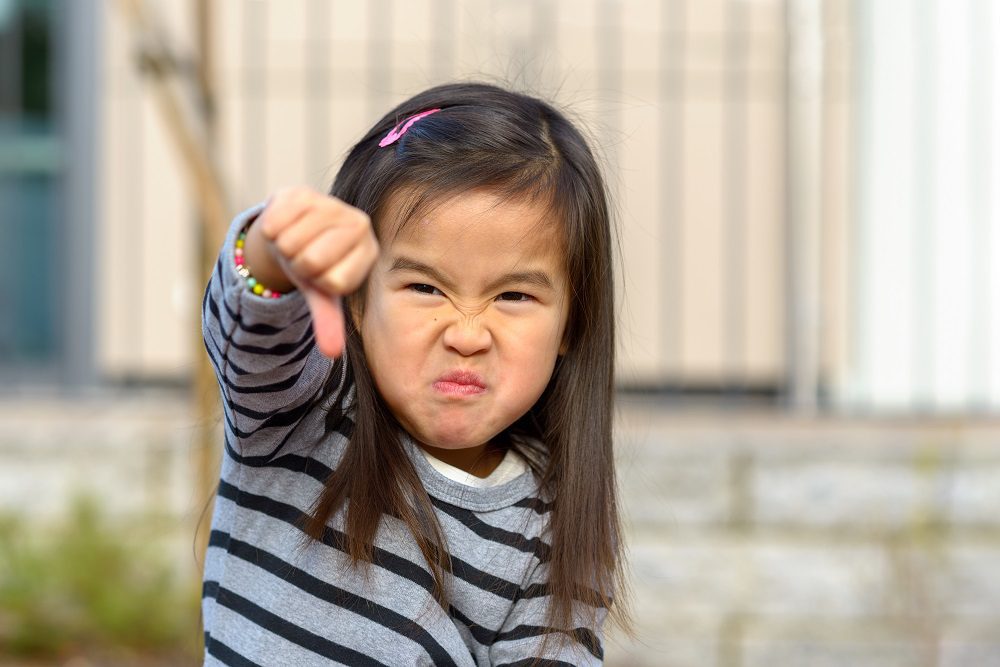 Let’s face it, as parents we’ve all done it at some time or another.

We’ve been embarrassed by our child’s supermarket display, so we’ve bought the chocolate bar in the hope that that will placate them.

We’ve left the TV on for another 20 minutes, so that we have an even chance of getting our pre-schooler out the door without drama.

We’ve put our teenager’s outburst down to ‘hormones’ and tried to excuse their behaviour because they must be feeling out of sorts.

But perhaps a good question to ask ourselves is ‘Is my response to this tantrum in my child’s best interest?’

It’s natural to not want your child to feel sad, frightened, disappointed or uncomfortable.

But when you give in to your child who is having a tantrum or a meltdown, you’re probably not teaching them the skills they need to overcome challenges and build resilience.

Instead, you’re showing them that, if their behaviour is demanding and difficult enough, then they can get their way.

This might not seem to be too big an issue for a 4 year old… but what happens when your tantrum-prone 4 year old becomes a temperamental 14 year old?

Or worse, a grown adult whose only method of managing emotion is to lash out with no concern for the perspectives, feelings or safety of others?

It’s worth a thought, isn’t it? 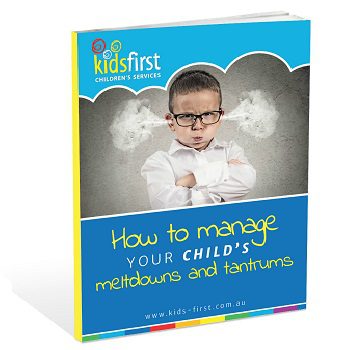 Want to learn some simple strategies to manage your child’s meltdowns?

In this free e-book, Sonja shares 4 easy ways to deal with your child’s tantrums. Get your free copy here

← What the ‘new HSC’ will mean for your child
What Should I Do If I Suspect My Child Is Dyslexic? →