A leading parenting expert and teacher has said that the scandal currently engulfing the Australian cricket team is about more than sportsmanship and fair play.

Sonja Walker is an author and the founder of award-winning children’s health practice, Kids First Children’s Services in Sydney. A qualified teacher for more than 30 years, Sonja has done her fair share of playground duties and knows how kids regard the concept of playing by the rules.

“In the next few days, there’s going to be a lot of talk about how the actions of the Australian captain and his team have tarnished the reputation of sport in this country.”

“Already, media commentators are speculating about the effect the cheating saga is going to have on young children who idolise their sporting heroes and how these role models have disappointed their fans.”

“But there are some other conversations that we can be having with our kids as we discuss what has happened on the cricket field.”

Sonja says that the unfolding drama in South Africa will give parents the opportunity to talk with their children about the concept of making mistakes and how to manage them.

“While many Australians are feeling disappointed in the behaviour of our sporting representatives today, it’s not all bad news.”

“It’s worth pointing out to our kids that the Australian captain, Steve Smith, didn’t run away from the mistake he and his team mates made. In the press conference that will probably haunt him for the rest of his career, he admitted that he’d made an error of judgement, apologised sincerely and made a commitment to never make the same mistake again.”

“He also stood down from the captaincy, a role that has famously been described as Australia’s second most important job.”

Sonja says that there is a lot that children can learn from the situation that Australia’s cricketers have found themselves in.

“We all make mistakes. Some are very public, but others happen every day as we go about our lives. Kids need to know that, even though mistakes happen, the way we react and the things we say and do after the mistake has been made is the key to getting back on track and recovering from an error of judgement.”

Sonja says that one of the most important lessons that children learn as they grow up is being accountable for their own actions.

“As parents and teachers, this sense of responsibility is one that we try to instill in our children, and so when the cricketing scandal is discussed in homes and classrooms today, we have the opportunity to teach some life lessons to our kids.”

Sonja says that it is often difficult for children to acknowledge mistakes, and that seeing a sporting idol accept the responsibility for his actions is a good talking point for families.

“There will be plenty of time for investigations and recriminations, but right now, parents have the chance to talk with their kids about the importance of making good decisions and playing by the rules. They can talk about concepts like honour and reputation, and they can also talk about accepting the consequences when the poor choices they make cause damage to others.”

“Out of an awful situation, some good can be salvaged, and perhaps this is something that Steve Smith can ponder as he plans his next move. While he and his team have disappointed their legion of young fans, they now have the chance to stand up and show Australia’s kids what resilience looks like.” 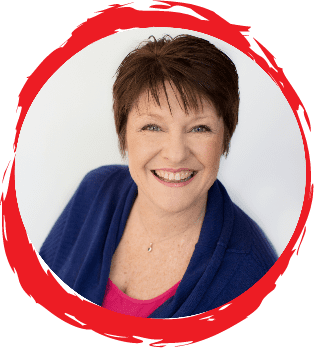 Sonja has been a teacher for 30 years and is also an author and speaker. She specialises in sharing commonsense strategies with families that help kids to thrive, and not just cope.

At Kids First, Sonja leads a respected team of psychologists, speech pathologists, occupational therapists and teachers that has supported more than 11,000 children in the last 11 years.

Her book, School Ready: A practical and supportive guide for parents with sensitive kids will be released in June 2018

← Free event: How to Help Your Anxious Child
Giving Back →