Homeschooling has become increasingly popular in Sydney and at Kids First, we’ve supported many children who don’t attend a conventional school. A recent inquiry showed that homeschooling is often misunderstood, as academics from some of Australia’s leading universities explain in the article below. 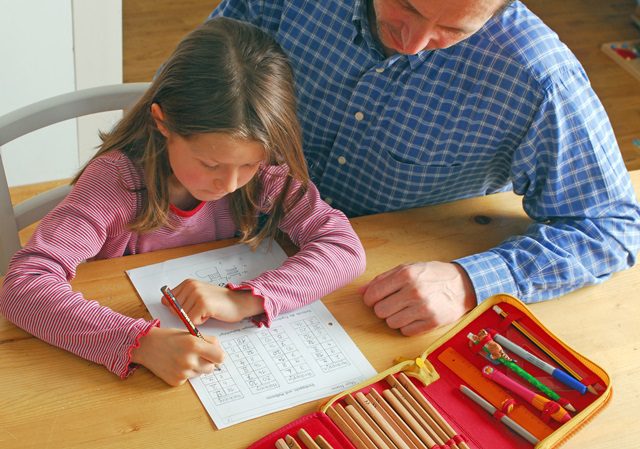 Home education has had a massive rise in popularity in Australia in recent years, with increases of 100% in six years in Victoria, 50% in two years in the ACT, 50% in eight years in South Australia, and 40% in four years in NSW. Around 10,000 children are registered for home education in Australia.

Home education has always been legal in Australia. But, as an educational approach, it is rarely discussed publicly. This has led to misunderstanding, misinformation and fear.

Why was an inquiry into home education commissioned?

It is believed that many, perhaps most, home-educated children are unregistered. Differences in the required regulations from state to state clearly play a role in encouraging or discouraging registration, which is demonstrated by varying rates of registration. In Tasmania 6.4 in every 1000 children are registered for home education, compared with 2.3 in NSW.

Home educators have argued that the NSW registration system has become unnecessarily onerous, punitive, inconsistent and is not supporting the best interests of children. Lobbying by home educators in NSW resulted in a parliamentary inquiry into home schooling – the report of which was tabled on Friday. Through several hundred submissions and three public hearings the inquiry heard evidence of a variety of educational philosophies and methods that underpin home education.

While some follow a “school-at-home” approach, parents more commonly see themselves as facilitators of learning. Such parents aim to foster a love of learning through providing a rich learning environment, encouraging their children’s interests and enabling contextual hands-on learning. The use of tutors, mentors and group classes were commonly reported.

The inquiry also received evidence of home education assessors who had no expertise in home education, the failure of the regulatory authority to consult with stakeholders, registration requirements beyond the scope of the Education Act and the exclusion of home-educated children from important resources available to other NSW students. The regulatory regime was presented as a strong disincentive to registration.

Why is home education on the rise?

Many submissions contained evidence suggesting that the increase in home education is partially due to problems in the school system that negatively affect children’s education or their physical or mental health. The inquiry received accounts of children who had been removed from school because they had failed to learn basic skills, their health was suffering, they had been physically or sexually assaulted or bullied to the extent that they had become anxious and depressed. Some children were described as being suicidal. Many submissions said parents were disenfranchised by the school system.

The inquiry was also presented with evidence of home education enabling children who had been failed at school to recover physically and mentally and to succeed as learners. Evidence also indicated that having been home educated did not present a barrier to young people gaining access to further education and employment across a wide variety of fields.

The report is as interesting for what it omits as for what it includes. The evidence regarding school failure and home education success was largely missing from the body of the inquiry report. Minutes of committee meetings (included in an appendix) show over 100 paragraphs were deleted from the draft report. Most of these deletions contained evidence of problems within schools and/or evidence of successful home education outcomes.

These removals appear ideologically driven and fundamentally change the message communicated by the report. It seems that even in a parliamentary inquiry into home schooling it was felt necessary to protect the school system from criticism. One result of this has been media reports suggesting that home education presents a risk to children – despite the committee receiving evidence to the contrary.

The processes and results of this inquiry show that education remains an ideological issue – this time with political parties against parents and choice. The minutes also reveal the committee fought long and hard over the idea of altering the Education Act to remove the principle of “education as primarily the responsibility of parents”. If this had been achieved, recommendations for legislative reform may have affected all NSW families.

As for the issues with which the inquiry was primarily concerned, the results are mixed. Recommendations were made that would enable home-educated children to access resources such as student travel passes, hospital schools and potentially part-time school. The more difficult issues, which go to the heart of a broken system and question the power of regulators, were avoided.

And so it seems that poor engagement with the home education regulatory system will remain in NSW.

Contact Kids First on (02) 9938 5419 to find out more about how we help northern beaches families who choose to home school their children.

This article was originally published on The Conversation.
Read the original article.

← Public schools in NSW: How to find your local school
Common myths about speech problems in children →