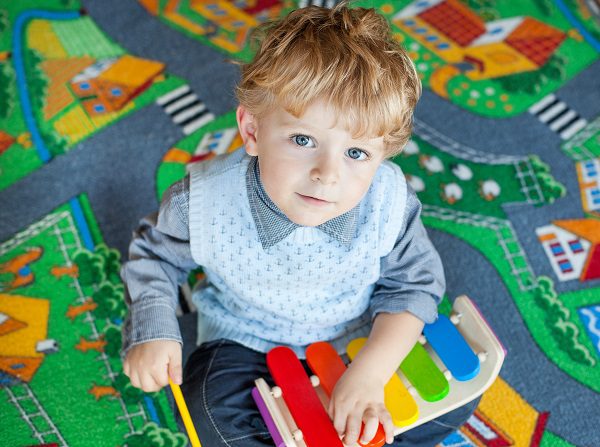 All the other toddlers in the room are babbling away a mile a minute to anyone who will listen, and your child is quietly enjoying building a stack of colourful blocks or flipping through the pages of a picture book.

Moments like this sit in the back of your mind and tend to eat away at you until you are in a state of panic, convinced that there is something wrong with your child’s development.

Many parents are faced with the challenge of late talkers, and they can’t help but ask “when should I be worried about my toddler’s speech and language development?”

There is no definitive answer to that question, as children develop at different speeds, but below, Kids First’s speech patholgists share some tips that could help.

How your home contributes to your toddler’s talking

Many variables in a child’s home have an impact on their speech development.

Children with older siblings might pick up new words faster and communicate sooner than first babies, whose parents might be so quick to satisfy every need that they don’t have any need to speak.

While toddlers’ speech development does vary greatly from case to case, there are some warning signs that might indicate a speech problem.

Before we talk about what to watch out for, though, here are some interesting facts to keep in mind:

Girls tend to be more talkative

The lag doesn’t last very long at all, and boys usually catch up with the ladies over the next couple of months.

By the age of two, most children who were born prematurely will have caught up to their peers in a variety of milestones.

The trick is to compare development with your premmie’s original due date, not the date when they were actually born. You’ll find that the extra two months or so will end up putting their development right on track.

Delays are common with multiples.

Speech pathologists estimate that nearly 50% of twins, triplet and quads have some sort of speech delay.

This could be due to issues such as low birth weight and prematurity.

Many children suffer from chronic ear infections, and if they do not exhibit any symptoms or complain, parents won’t even know.

A build-up of fluid in the ears might be discovered during a trip to the paediatrician for an entirely different issue.

This build up can make it very difficult for a child to hear and can have a significant impact on their developing speech.

Some kids just have the tendency to become extremely focused on one skill at a time–that will actually be quite handy later in life! Think of how much easier homework will be…

When a toddler is focused on developing a skill such as walking or climbing, they often concentrate all of their attention on it, temporarily abandoning other skills (such as speech).

Warning signs to watch out for

Now that you understand a little bit more about the variables that can affect your toddler’s speech development, we can touch on a few warning signs that might warrant more investigation by your paediatrician:

Your toddler is not using any responsive gestures

Even a late speaker needs to be able to communicate with you. It’s a good sign if your toddler is using gestures to indicate understanding–for example if he responds to commands like “Please get your shoes”, he clearly understands what you are asking.

If he uses gestures like pointing to express his needs or nodding when you ask if he is hungry, it shows that he does indeed hear you and has an appropriate response to the situation.

If your toddler is not using any other responsive communication, there may be a bigger issue. Whether it seems like he simply can’t understand what you are asking him, or if he has trouble actually hearing you, it’s a good idea to investigate further.

By the age of one, your toddler should be making at least some babbling noises. If your toddler is 18 months old and hasn’t tried forming even one single word, this could be an indicator of a speech problem.

Other warning signs include a steady progression in speech development followed by a noticeable reversal in that progression (his vocabulary actually gets smaller and he talks much less), a vocabulary of 50 words or less at the age of 30 months, and the use of very simple two-word (or less) phrases by the age of 36 months.

These warning signs could indicate a speech, language, or hearing disorder and should be discussed in detail with your paediatrician. Together, you can determine the cause of the problem and find appropriate speech therapy options that will help your toddler flourish.

Worried about your toddler’s late talking?

Kids First’s speech pathologist are experienced professionals who have helped hundreds of children to overcome the problems caused by late talking.

We offer both face to face and tele-health speech therapy for children of all ages, so call us on (02) 9938 5419 to chat about your child’s needs, or click on the image below to learn more about speech therapy at Kids First.

Bilingual children have unique language and learning skills As the parent or preschool teacher of bilingual children, your desire to help the kids in your care make the best possible start is natural…but how can you achieve this? 15% of Australian children live in homes where languages other than English are spoken. It’s important for… END_OF_DOCUMENT_TOKEN_TO_BE_REPLACED

If you have extras health insurance, getting value out of your membership is probably a high priority for you and your family. Many families invest in ‘extras’ cover to protect themselves against the costs of health services that can unexpectedly blow the family budget. However, it’s important to know that most health insurance funds reset… END_OF_DOCUMENT_TOKEN_TO_BE_REPLACED

Born and educated in Sydney, Texon graduated from The University of Sydney with a Bachelor of Applied Science (Speech Pathology) His early career experience saw him work in schools, hospitals, and immediately prior to joining the Kids First team, Texon worked for a learning support service in Sydney’s northern suburbs. Texon is an active, innovative… END_OF_DOCUMENT_TOKEN_TO_BE_REPLACED

Have you noticed that your child… Has a smaller vocabulary that peers of the same age? Mispronounces sounds and words? Uses ‘baby talk’ that is immature for their age? Pinches, bites or hit other children instead of ‘using their words’? Seems to not hear (or remember) what people say to them? Finds it hard to… END_OF_DOCUMENT_TOKEN_TO_BE_REPLACED

How can you tell if your child is a late bloomer or has a language delay? Northern beaches speech therapists share important information for parents of children aged 0-5. Parents often compare their child’s development to those of preschool playmates, friends’ children or even older siblings. Although the stages of development that children go through… END_OF_DOCUMENT_TOKEN_TO_BE_REPLACED

Worried about the way your 2-3 year old speaks? This parent-friendly guide gives the 5 most common signs that your child might need the support of a speech therapist. This professional advice is given by children’s Speech Pathologists from Kids First Children’s Services in Sydney’s northern beaches. Toddlers often mispronounce words and have trouble putting… END_OF_DOCUMENT_TOKEN_TO_BE_REPLACED

At Kids First, we are all about helping kids to thrive and not just ‘cope’. That’s why we are excited to announce ‘Kids First in the Community’, our new program supporting children and educators in schools and preschools. From January 2019, in addition to our ‘Kids First in the Clinic’ services, Kids First’s speech pathologists… END_OF_DOCUMENT_TOKEN_TO_BE_REPLACED

If your child is a fussy eater, you might have worries about your children’s nutrition, growth and development. You might also be concerned about the relationship difficulties that arise when you and your child fight over food and meal-times. SOS Approach to Feeding therapists at Kids First Children’s Services in Sydney’s northern beaches explain why… END_OF_DOCUMENT_TOKEN_TO_BE_REPLACED

According to feeding therapists at Kids First Children’s Services in Brookvale, many families lead busy lives that make it difficult for their fussy eater to experience consistent dinner time routines. Below, they share some easy ways to help your fussy eater get used to sitting at the table.   Make family meals the norm Whenever… END_OF_DOCUMENT_TOKEN_TO_BE_REPLACED